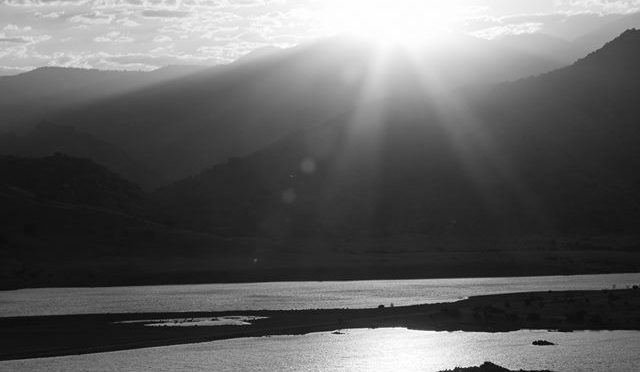 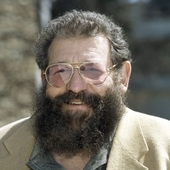 Bernard Rollin does not work for, consult, own shares in or receive funding from any company or organization that would benefit from this article, and has disclosed no relevant affiliations beyond their academic appointment.

In the 1960s, I knew people who, before going on vacation, would take their dogs to a shelter to be euthanized. They reasoned that it was cheaper to have a dog euthanized – and buy a new one upon returning – than pay a kennel fee.

Two decades later, I was working at Colorado State’s veterinary hospital when a group of distraught bikers on Harley-Davidsons pulled up carrying a sick chihuahua. The dog was intractably ill, and required euthanasia to prevent further suffering. Afterwards, the hospital’s counselors felt compelled to find the bikers a motel room: their level of grief was so profound that the staff didn’t think it was safe for them to be riding their motorcycles.

These two stories illustrate the drastic change in how animals have been perceived. For thousands of years, humans have kept animals as pets. But only during the past 40 years have they come to be viewed as family.

While it’s certainly a positive development that animals are being treated humanely, one of the downsides to better treatment mirrors some of the problems the (human) health care system faces with end-of-life care.

As with humans, in many cases the lives of pets are needlessly prolonged, which can cause undue suffering for the animals and an increased financial burden for families.

The growth of veterinary medicine and ethics

In 1979, I began teaching veterinary medical ethics at Colorado State University’s veterinary school, the first such course ever taught anywhere in the world.

A year later, the veterinary school hired an oncologist to head up a new program on animal oncology. Soon, our clinic was applying human therapeutic modalities to animal cancer. The visionary head of the veterinary program also hired a number of counselors to help pet owners manage their grief – another first in veterinary circles.

I’d been under the impression that people would be reluctant to spend much money on animal treatments, so I was genuinely shocked when the following April, the Wall Street Journal reported individuals spending upwards of six figures on cancer treatments for their pets.

As a strong advocate for strengthening concern for animal welfare in society, I was delighted with this unprecedented turn of events. I soon learned that concern for treating the diseases of pets besides cancer had also spiked precipitously, evidenced by a significant increase in veterinary specialty practices.

One of the family

So what’s behind the shift in how pets are perceived and treated?

For one, surveys conducted over the last two decades indicate an increasing number of pet owners who profess to view their animals as “members of the family.” In some surveys, the number is as high as 95% of respondents, but in nearly all surveys the number is higher than 80%.

In addition, the breakdown of nuclear families and the uptick of divorce rates have contributed to singles forming tighter bonds with companion animals.

Such attitudes and trends are likely to engender profound changes in societal views of euthanasia. Whereas before, many owners didn’t think twice about putting down a pet, now many are hesitant to euthanize, often going to great lengths to keep sick animals alive.

Vets caught in the middle

However, veterinarians continue to experience extensive stress as they experience two opposite – but equally trying – dilemmas: ending an animal’s life too soon, or waiting too long.

n a paper that I published entitled Euthanasia and Moral Stress, I described the significant stress experienced by veterinarians, veterinary technicians and humane society workers. Many chose their profession out of a desire to improve the lot of animals; instead, they invariably ended up euthanizing large numbers of them, often for unethical reasons.

These ranged from “I got the dog to jog with me, and now it’s too old to run,” to “If I die, I want you to euthanize the animal because I know it can’t bear to live without me.”

In other cases, the animal is experiencing considerable suffering, but the owner is unwilling to let the animal go. With owners increasingly viewing pets as family members, this has become increasingly common, and many owners fear the guilt associated with killing an animal too soon.

Ironically this, too, can cause veterinarians undue trauma: they know the animal is suffering, but there’s nothing they can do about it unless the owner gives them permission.

The consequences are manifest. One recent study showed that one in six veterinarians has considered suicide. Another found an elevated risk of suicide in the field of veterinary medicine. Being asked to kill healthy animals for owner convenience doubtless is a major contribution.

How to manage the decision to euthanize

Here is my suggestion to anyone who is thinking about getting a pet: when you first acquire it, create a list of everything you can find that makes the animal happy (eating a treat, chasing a ball, etc). Put the list away until the animal is undergoing treatment for a terminal disease, such as cancer. At that point, return to the list: is the animal able to chase a ball? Does the animal get excited about receiving a treat?

If the animal has lost the ability to have positive experiences, it’s often easier to let go.

This strategy can be augmented by pointing out the differences between human and animal consciousness. As philosopher Martin Heidegger has pointed out, for humans much of life’s meaning is derived from balancing past experiences with future aspirations, such as wishing to see one’s children graduate or hoping to see Ireland again.

Animals, on the other hand, lack the linguistic tools to allow them to anticipate the future or create an internal narrative of the past. Instead, they live overwhelmingly in the present. So if a pet owner is reluctant to euthanize, I’ll often point out that the animal no longer experiences pleasant “nows.”

In the end, managing euthanasia represents a major complication of the augmented status of pets in society. Ideally, companion animal owners should maintain a good relationship with their general veterinary practitioner, who has often known the animal all of its life, and can serve as a partner in dialogue during the trying times when euthanasia emerges as a possible alternative to suffering.